"[that thought] had slipped off the smooth surface of Mrs. Kirkpatrick's mirror-like mind without leaving any impression."

"His thoughts did not come readily to the surface in the shape of words; nor was he apt at giving comfort till he saw his way clear to the real source from which consolation must come."

"He had a large mouth, with excessively mobile lips; and another trick of his was, that when he was amused at anything, he resisted the impulse to laugh, by a droll manner of twitching and puckering up his mouth, till at length the sense of humour had its way, and his features relaxed, and he broke into a broad sunny smile; his beautiful teeth—his only beautiful feature—breaking out with a white gleam upon the red-brown countenance".

"He was at that age when young men admire a formed beauty more than a face with any amount of future capability of loveliness, and when they are morbidly conscious of the difficulty of finding subjects of conversation in talking to girls in a state of feminine hobbledehoyhood. Besides, his thoughts were full of other subjects, which he did not intend to allow to ooze out in words."

"Her grave eyes opened large and wide at the close neighbourhood and evident advance of "the earl;" for to her little imagination the grey-haired, red-faced, somewhat clumsy man, was a cross between an arch-angel and a king."

"Mr. Gibson had once or twice amused himself, by leading the vicar on in his agreeable admissions of arguments "as perfectly convincing," and of statements as "curious but undoubted," till he had planted the poor clergyman in a bog of heretical bewilderment."

"He was still Mr. Hall the doctor who could heal all their ailments—unless they died meanwhile".

"She had never spoken so long a sentence to him before; and when she had said it, though she did not take her eyes away from his, as they stood steadily looking at each other, she blushed a little; she could not have told why. Nor did he tell himself why a sudden pleasure came over him as he gazed at her simple expressive face—and for a moment lost the sense of what she was saying, in the sensation of pity for her sad earnestness. In an instant more he was himself again. Only it is pleasant to the wisest, most reasonable youth of one or two and twenty to find himself looked up to as a Mentor by a girl of seventeen."

"But to-night they were unusually late, and the aristocratic ozone being absent from the atmosphere, there was a flatness about the dancing of all those who considered themselves above the plebeian ranks of the tradespeople."

"but her words were always like ready-made clothes, and never fitted individual thoughts. Anybody might have used them, and, with a change of proper names, they might have served to describe any ball."

"[about glamorous and agitated Cynthia] If Molly had not been so entirely loyal to her friend, she might have thought this constant brilliancy a little tiresome when brought into every-day life; it was not the sunshiny rest of a placid lake, it was rather the glitter of the pieces of a broken mirror, which confuses and bewilders."

"So she gets wearied and worried by a crowd of people who are all of them open-mouthed for amusement of some kind; just like a brood of fledglings in a nest; so I have to be parent-bird, and pop morsels into their yellow leathery bills, to find them swallowed down before I can think of where to find the next."

"But for Mr. Gibson he had a warm respect, a strong personal liking, which he should be glad to have ripen into a friendship, if there was time for it in this bustling world."

"[London] is so often represented as the centre of dissipation, corrupting country wives and squires' daughters, and unfitting them for all their duties by the constant whirl of its not always innocent pleasures."
Posted by Ligia at 5:38 PM No comments: 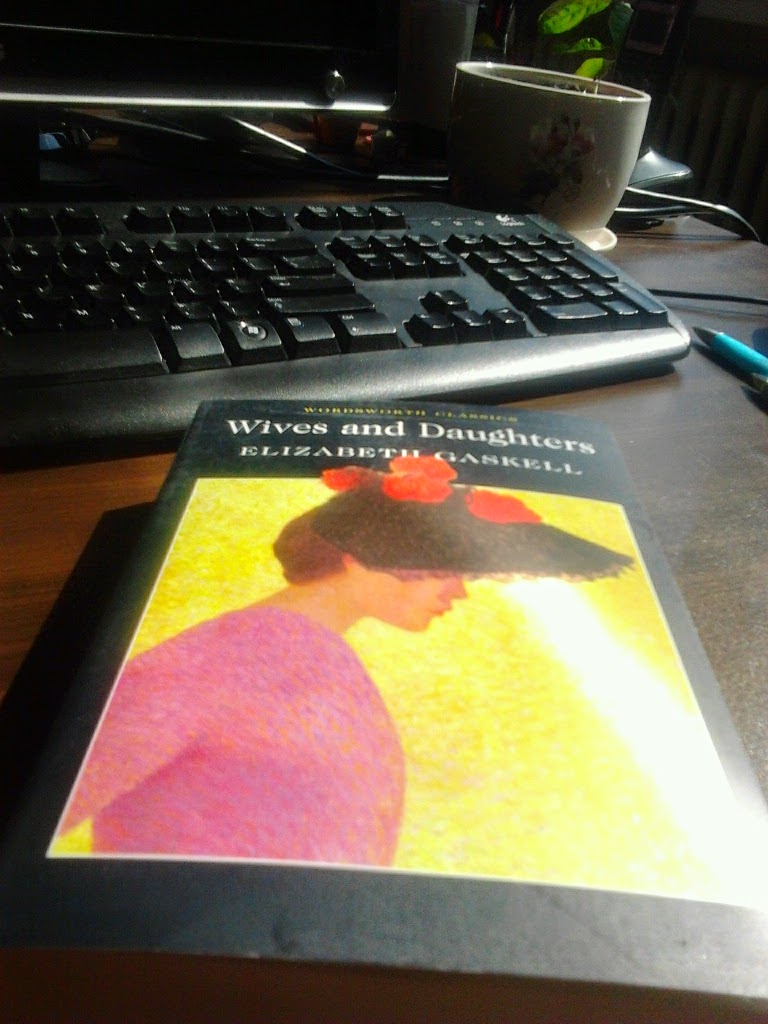 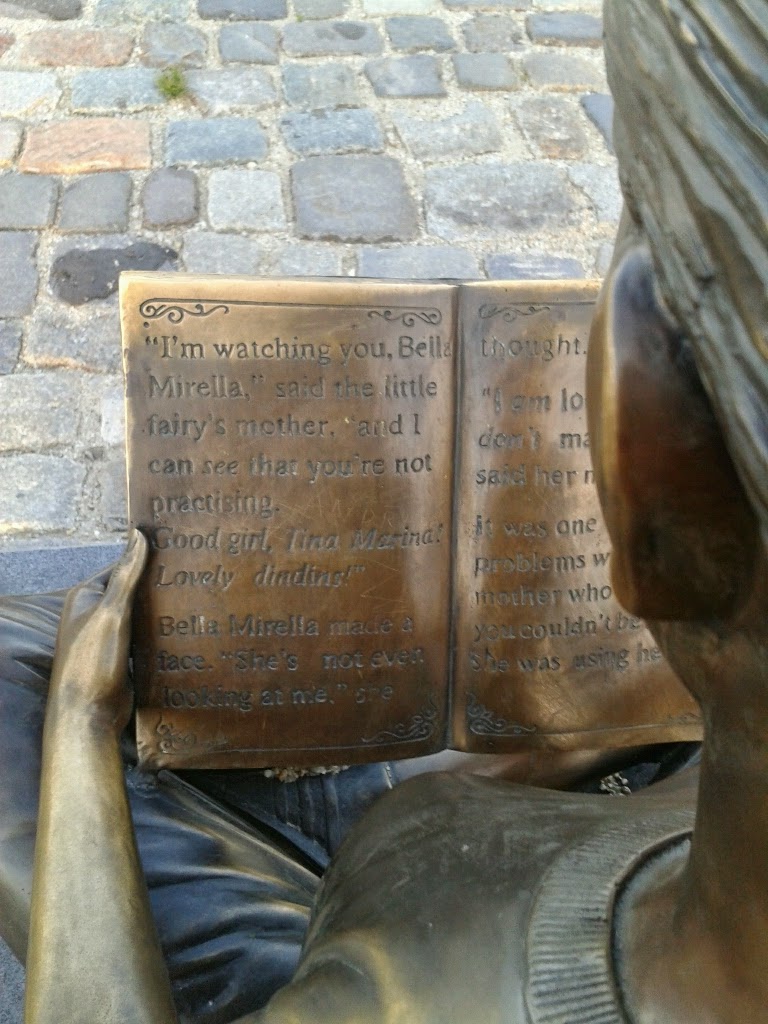 Email ThisBlogThis!Share to TwitterShare to FacebookShare to Pinterest
Mania etichetelor the fun 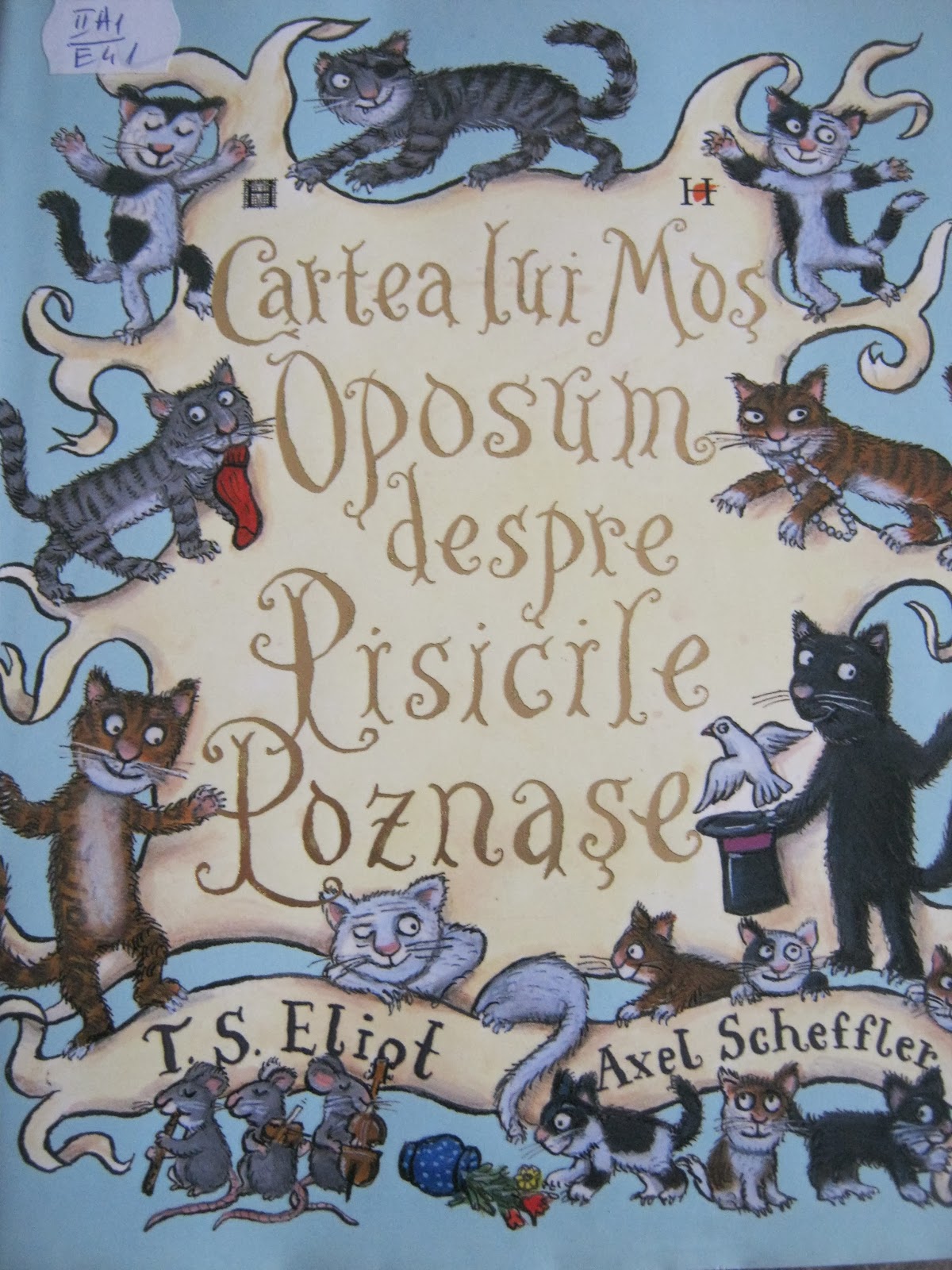 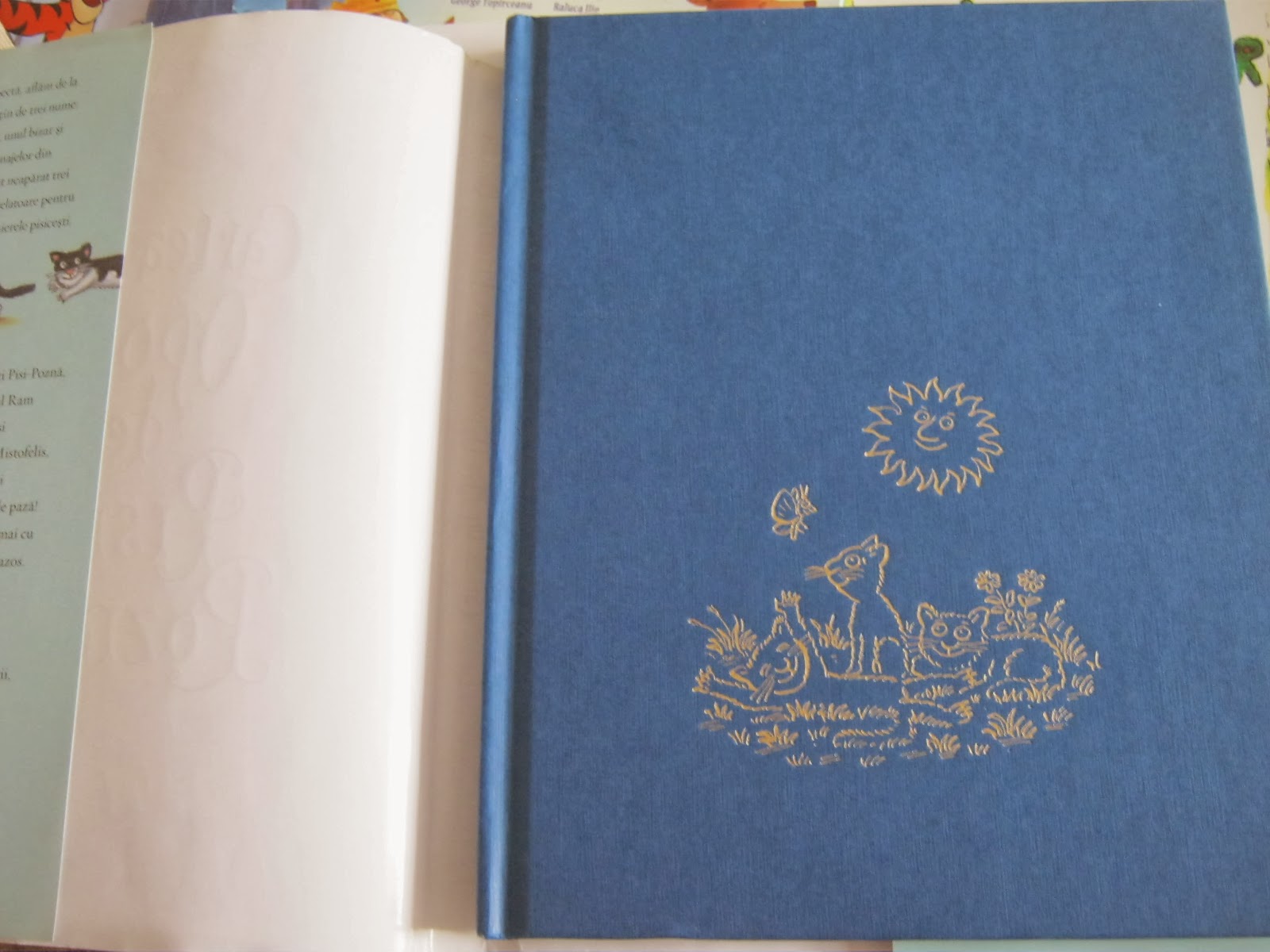 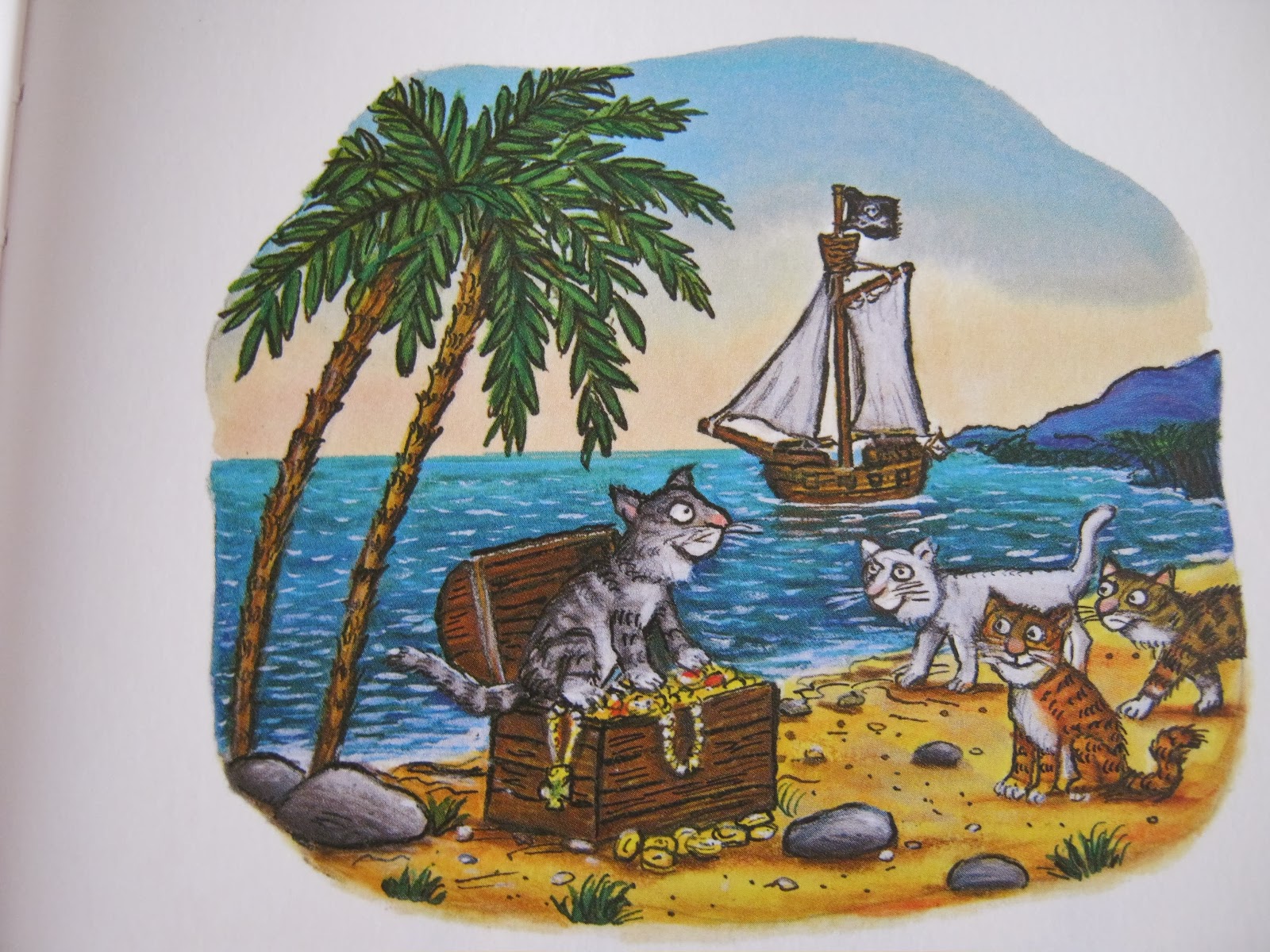 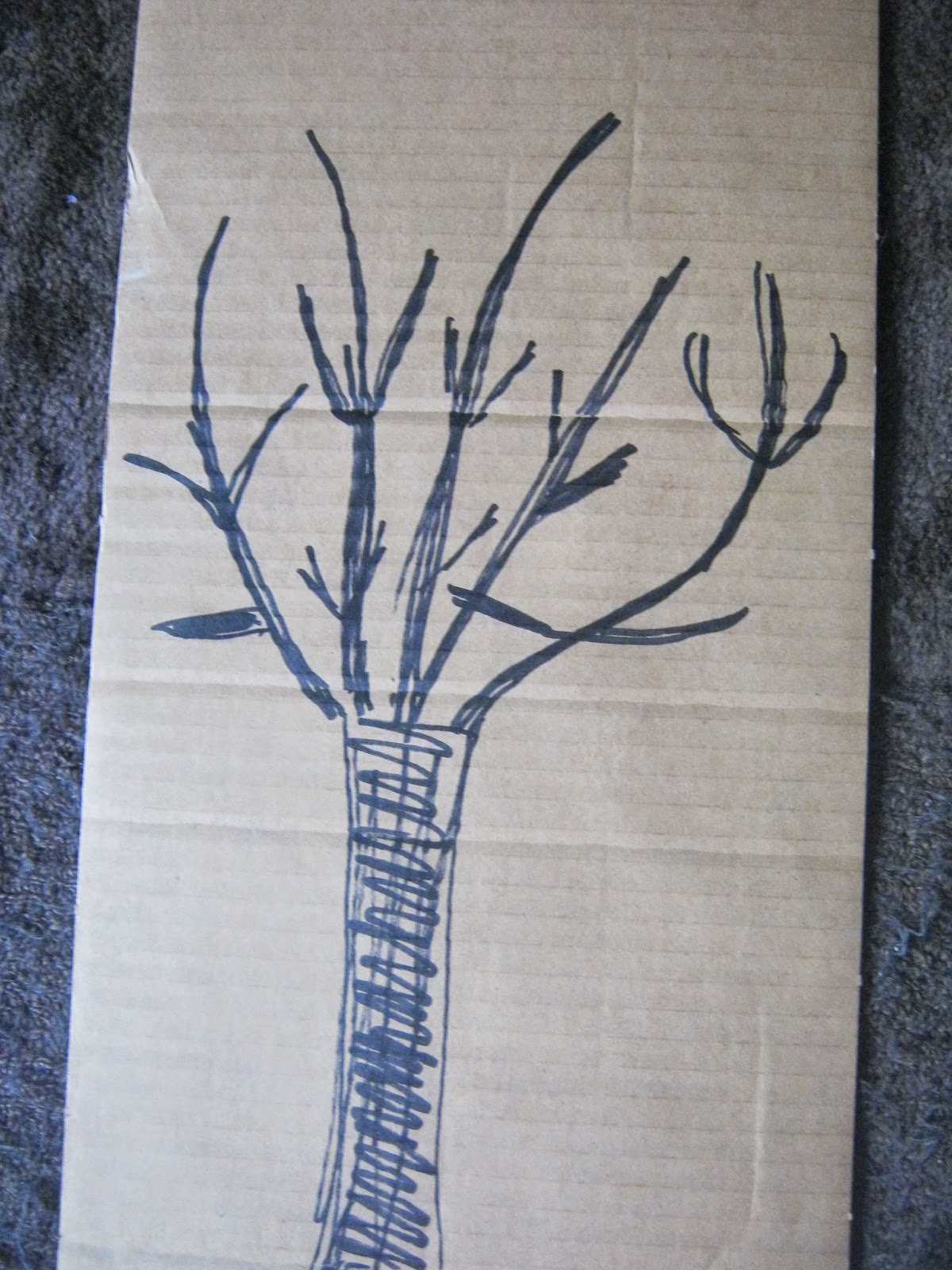 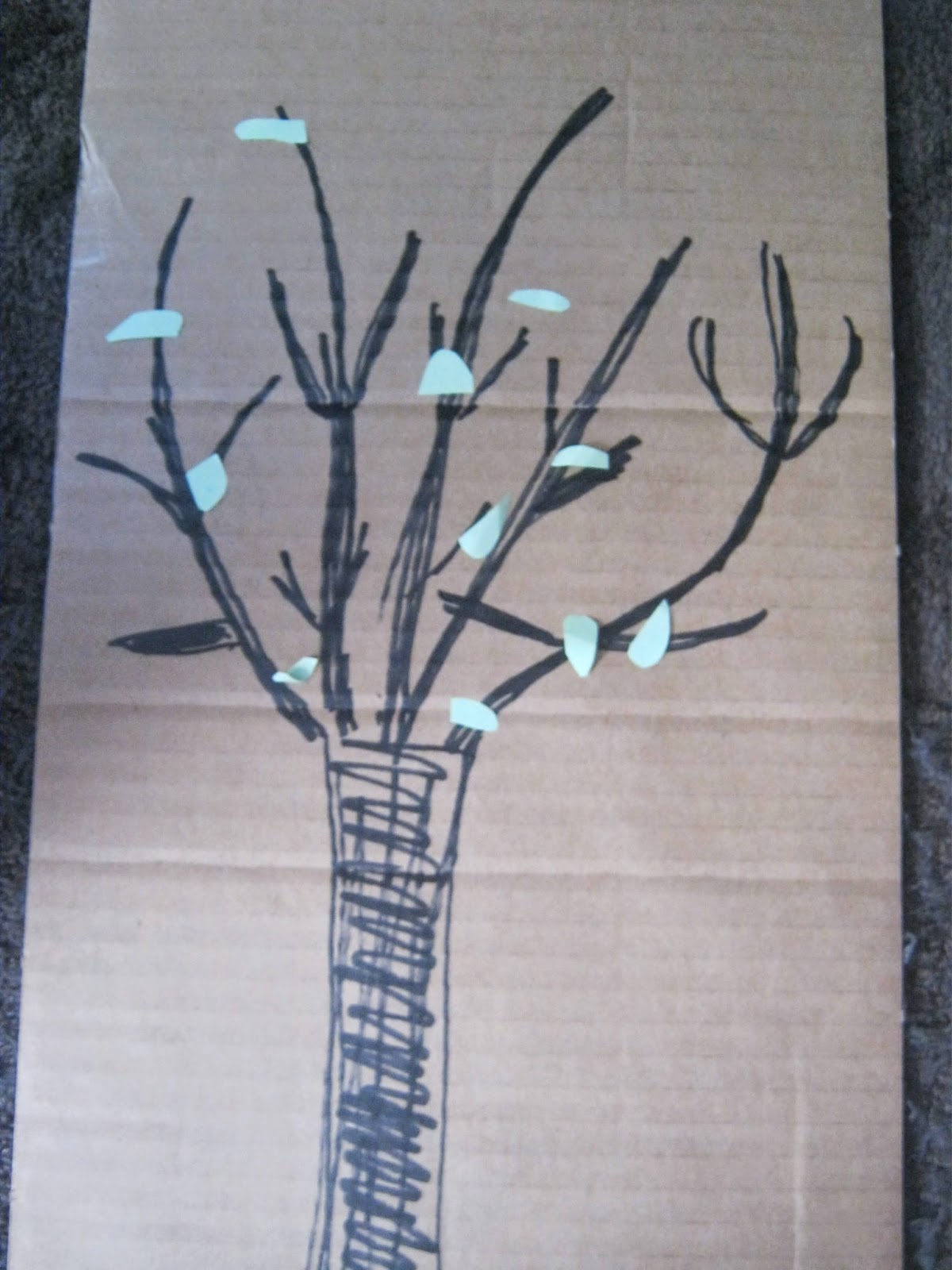 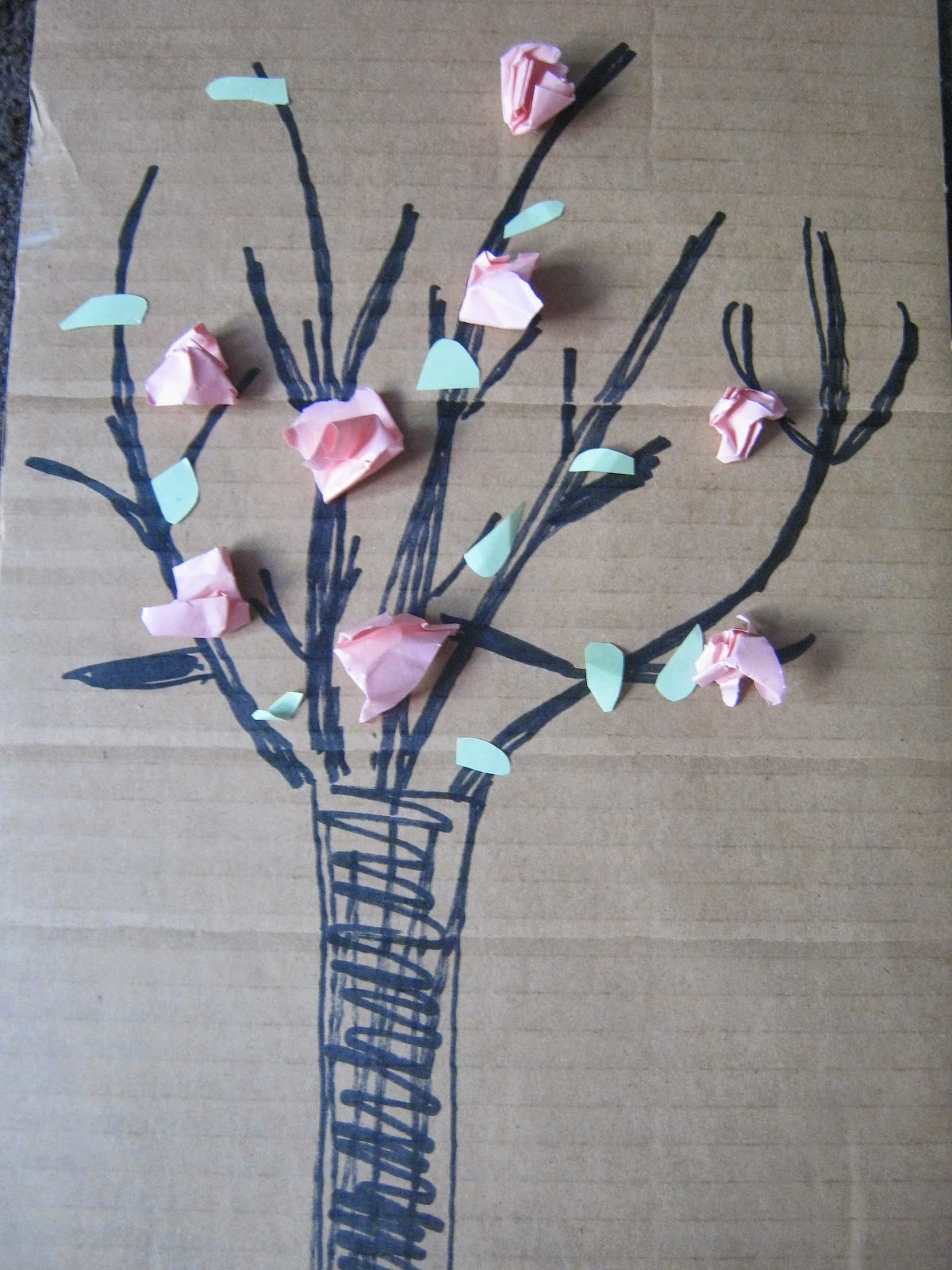 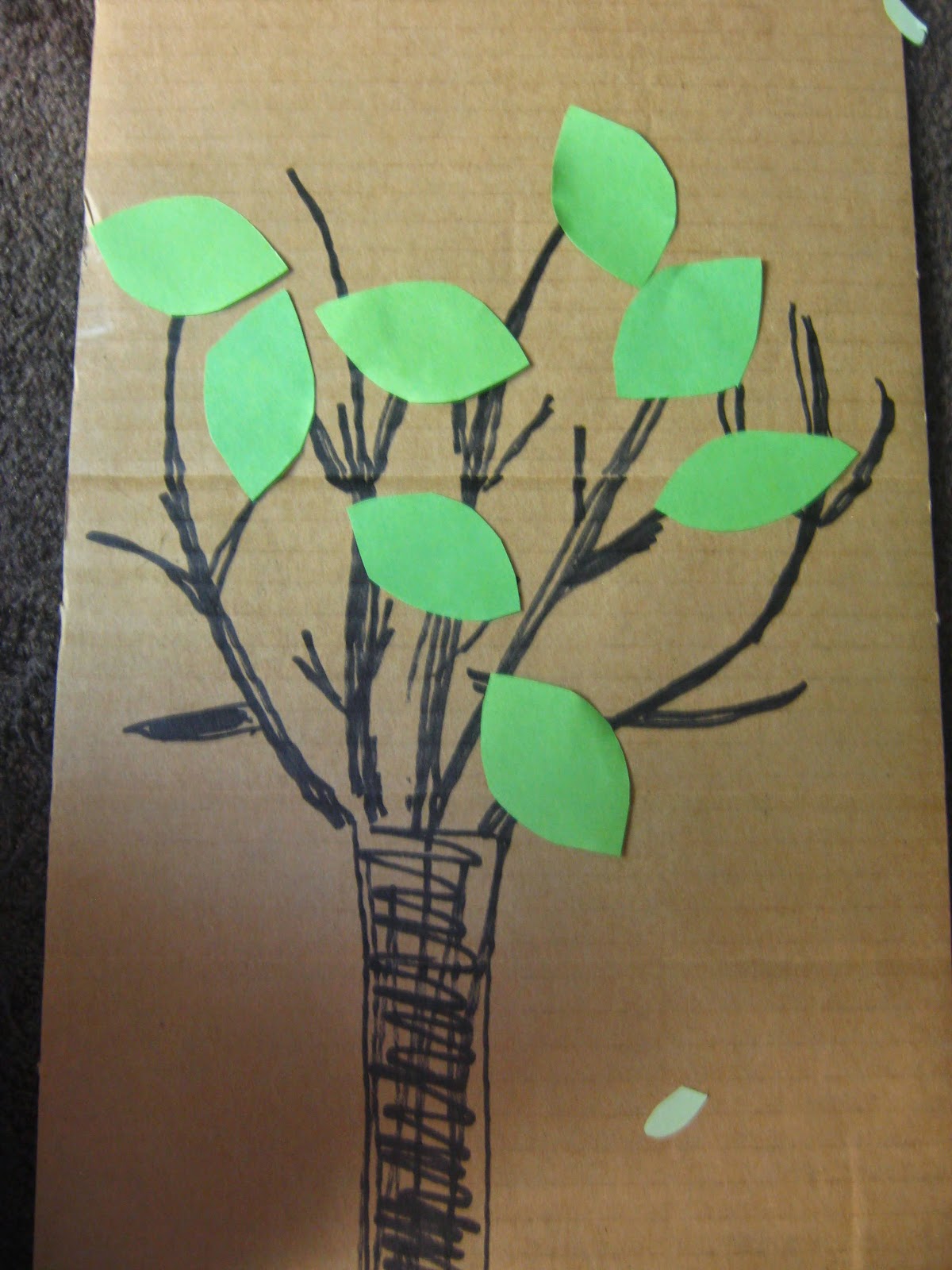 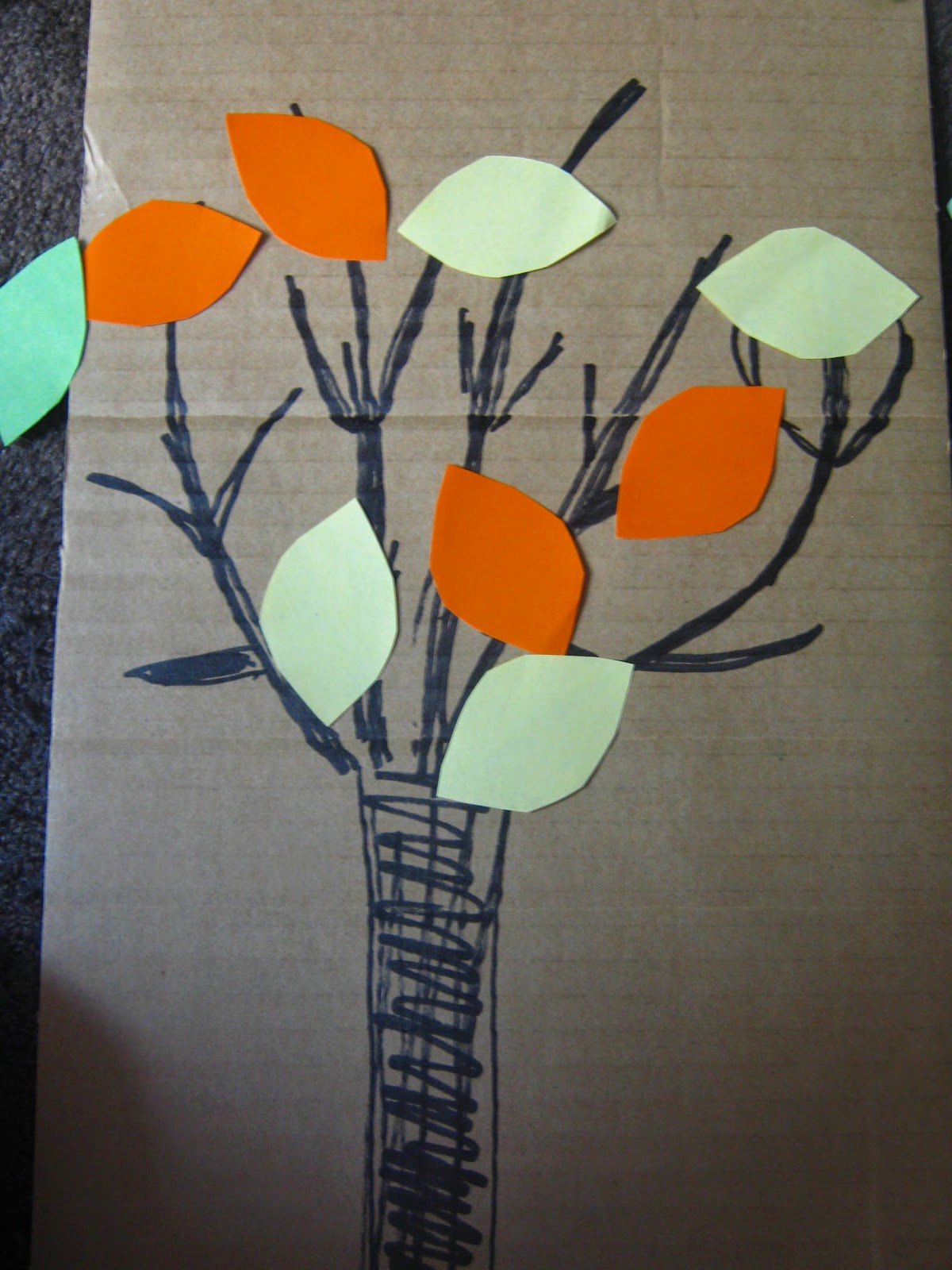 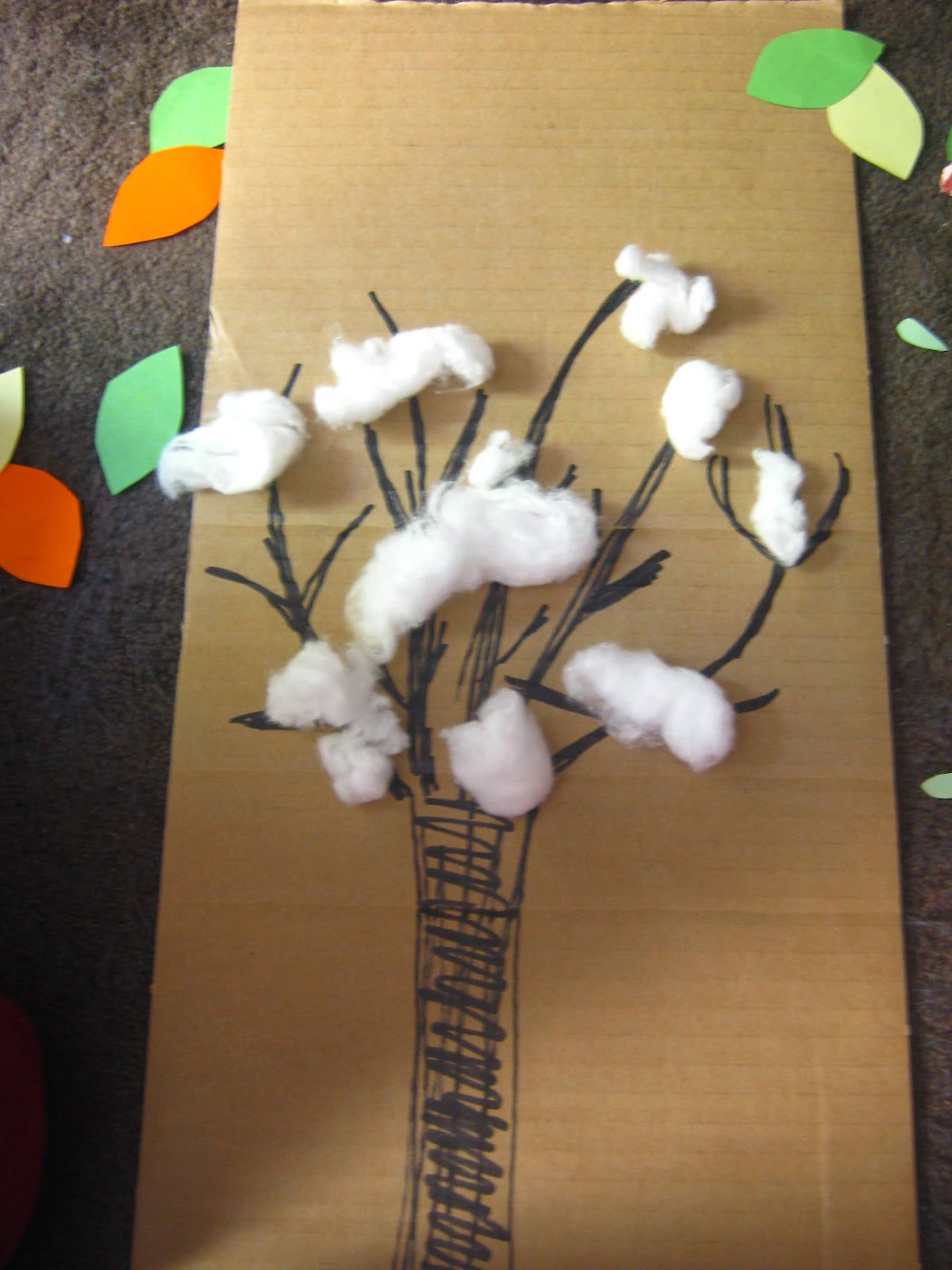 Investitie minima, bucurie maxima :))
Posted by Ligia at 11:00 AM 9 comments:

“I call it Joy. As I stood beside a flowering currant bush on a summer day there suddenly arose in me without warning, and as if from a depth not of years but of centuries, the memory of that earlier morning at the Old House when my brother had brought his toy garden into the nursery. It is difficult to find words strong enough for the sensation which came over me. It was a sensation, of course, of desire; but desire for what?...Before I knew what I desired, the desire itself was gone, the whole glimpse... withdrawn, the world turned commonplace again, or only stirred by a longing for the longing that had just ceased... In a sense the central story of my life is about nothing else... The quality common to the three experiences... is that of an unsatisfied desire which is itself more desirable than any other satisfaction. I call it Joy, which is here a technical term and must be sharply distinguished both from Happiness and Pleasure. Joy (in my sense) has indeed one characteristic, and one only, in common with them; the fact that anyone who has experienced it will want it again... I doubt whether anyone who has tasted it would ever, if both were in his power, exchange it for all the pleasures in the world. But then Joy is never in our power and Pleasure often is.” 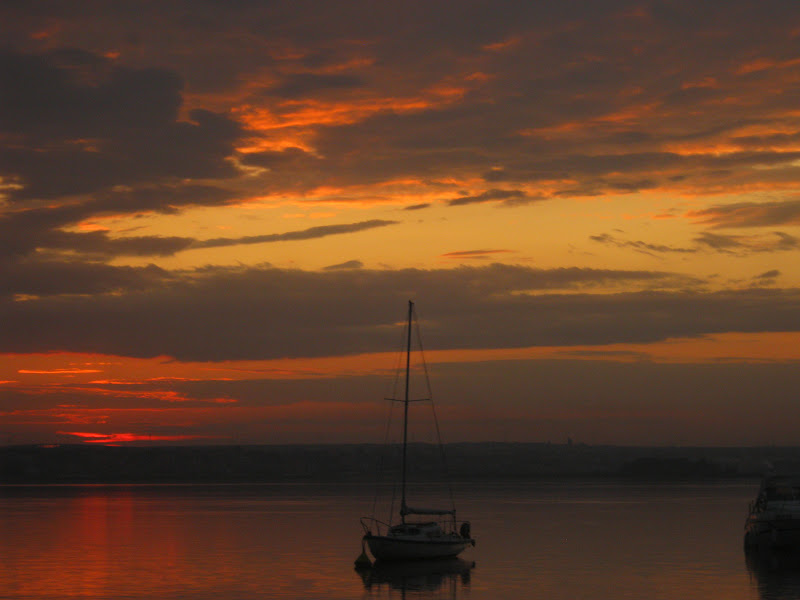 In the Name of the Father, the Son and the Holy Ghost. The Lord warns us today of how difficult it is for a man who is rich to enter the Kingdom of God. Does it mean that the Kingdom of God is open only to destitute, to those who are materially poor, who lack everything on earth? No. The Kingdom of God is open to all who are not enslaved by possessions. When we read the first Beatitude, 'Blessed are the poor in spirit for theirs is the Kingdom of Heaven’, we are given a key to this saying: the poor in spirit are those who have understood that they possess nothing which is their own. We have been created as an act of God, loved into existence; we are offered by God communion with Him to which we have no rights. All we are, all we possess is not our own in the sense that we have not made ourselves, we did not create what is seemingly ours — every thing which we are and which we have is love, the love of God and the love of people, and we cannot possess anything because everything is a gift that escapes us the moment we want to have possession of it and say, "It is mine".
On the other hand, the Kingdom of God is really the kingdom of those who are aware that they are infinitely rich because we can expect everything from love divine and from human love. We are rich because we possess nothing, we are rich because we are given all things; and so, it is difficult for one who imagines that he is rich in his own right to belong to that kingdom in which everything is a sign of love, and nothing can be possessed, as it were — taken away from others; because the moment we say that we possess something which is not given us either by God or by human care, we subtract it from the mystery of love."

"(we have been) loved into existence". o minte omeneasca nu cred ca putea sa spuna asta :)
Posted by Ligia at 4:23 PM No comments: